On our 150th anniversary we remember the first game of rugby played in New Zealand. An exciting match (to quote those that witnessed it) played between the Nelson Rugby Club and Nelson College, the club winning 2-0.

And the rest as they say is history.

A plaque to celebrate this important event was unveiled at the site of our first victory - the Botanics - when the Club, College and City marked the 100th anniversary of the game. 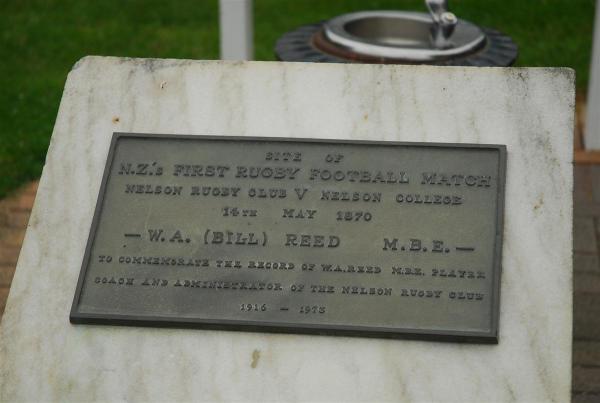 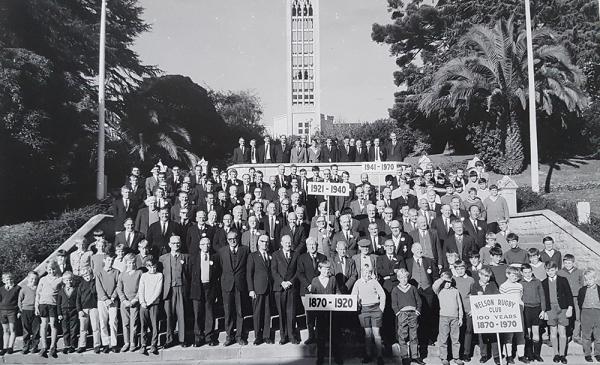 Thank you to everyone who has contributed to making our 150th celebrations awesome - our special guests, our sponsors and our rugby family.

Special thanks to Sir Graham and Lady Raewyn Henry for making the trip south and the entertaining Q&A.

A big shout out to Elli, Lexie, Gary and all the staff at Trailways Hotel for the work they put in to ensure we had a great 150th dinner and for hosting Sir Graham and Lady Raewyn.

Amanda continued her tradition of amazing us with visually stunning and delicious food.

The junior parade was a highlight - the kids all looked very smart in their new 150th t-shirts. Thanks very much to the sponsors that contributed to gift the juniors received: AG Water, McDonalds, Meat Solutions, NBS, Nelson Brake Services, Nelson Orthodontics, Stirling Sport,The Copier Company and the Inglis Family. 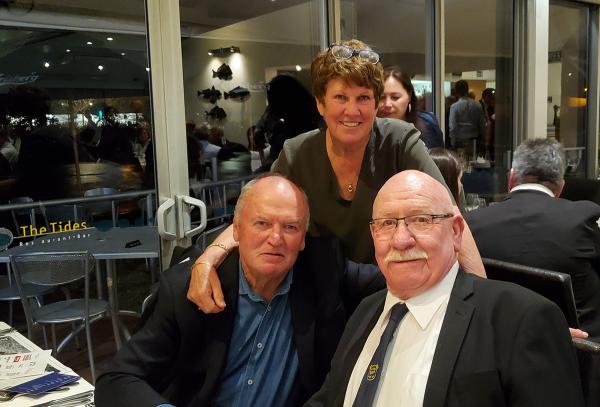 Sir Graham, Lady Raewyn and Red at the 150th dinner

Junior parade, half time at the Mako game

Shane Graham presenting a cup to the Mayor

The amazing Amanda and Sandra

Seniors in their 150th t-shirts 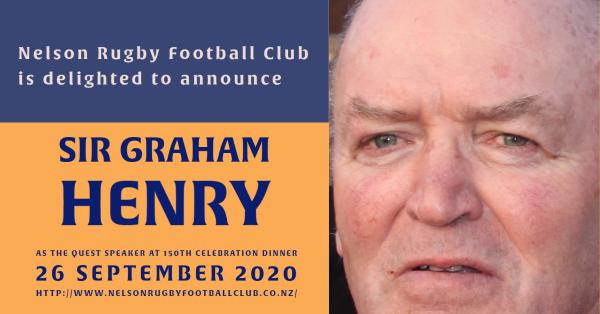 We are delighted to announce that the guest speakers at our 150th dinner is celebrated coach and New Zealander Sir Graham Henry.

Sir Graham has had a notable sporting career, playing senior club rugby in Christchurch,Dunedin and Auckland, cricket for Canterbury and Otago and is one of the most successful coaches to have ever coached the All Black.

He started his coaching career during his time as a teacher at Auckland Grammar School and Kelston Boys' High School where he coached the first XVs teams, as well as guiding the Auckland team to winning the National Provincial Championship four times.

After a period overseas coaching the Welsh team and the British and Irish Lions Sir Graham returned to New Zealand and in 2004 was appointed All Black coach.

In 2005 the International Rugby Board named Graham Coach of the Year, a title he was awarded 5 times during his tenure as All Blacks coach.

Sir Graham coached the All Blacks to 88 wins in 103 tests for a winning percentage of 85.4 percent. As well as winning the Rugby World Cup 2011, the All Blacks won the Bledisloe Cup every year, won the Investec Tri Nations five times and achieved three Grand Slams against the Northern Hemisphere Home Unions.

Sir Graham was made a Knight Companion of the New Zealand Order of Merit in 2012 for services to rugby and in 2019 he was inducted into the World Rugby Hall of Fame.

As well as his service to rugby Sir Graham sits on the board of The Plunket Foundations; is an Ambassador for Coastguard; a Patron for Kiwis for Kiwi; with wife Raewyn Patron of Cure Kids and on the advisory board for the Hyundai Pinnacle Programme.

The Nelson Museum has developed an online exhibition that covers the history and evolution of the game in New Zealand, the key focus is on Nelson as the birthplace of our national game.

A lot has changed over the past 150 years since Nelson Rugby Football Club took the field against Nelson College on 14 May 1870.

Find out how the game’s rules have changed; how it is played now and how the game embraces inclusiveness and different formats for players with different needs.

An estimated 5000-strong crowd turned out to watch a re-enactment of New Zealand's first rugby game at Nelson's Botanical Reserve on September 20 2011. 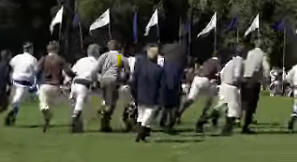