Founded in 1868. Rugby began in 1870 with the first game ever played between Nelson and Nelson College at the Botanical Reserve in Nelson City.

We are extremely proud of our history and heritage and are committed to promoting the development of rugby for all people throughout the Nelson and Tasman region of New Zealand and beyond.The aim of the website is to update club activities and provide a historical digital repository for future generations of the club to access.

The club has adopted the MOH guidelines and will be following all advice issued by the MOH / NZ Government.

Check out our latest video - an interview with Tom Sharland

Tom played for NRFC for 20 years - incurring the wrath of the Nelson College Headmaster for choosing to play for the club over the school. Tom has been an active sports person all his life (rugby, basketball & running to name a few) and now, at the age of 85 is still a keen biker. Tom talks to Barbara about his rugby career and his other sporting achievements.

In celebration of the club's 150th anniversary Barbara Hodgson has been interviewing some of the club identities to capture their memories and create a living history of the club. You can watch all the interviews on our channel. 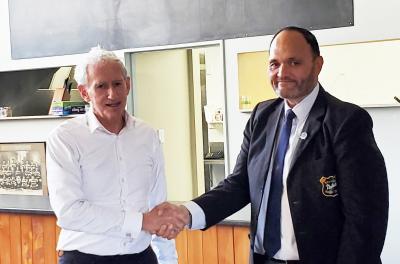 Shane's has been involved in the club for over 35 years as a player and administrator. For the last 10 years Shane has served as the President - working tirelessly in the service of the club and putting in the hard mahi to keep the club going.

14 Championships - Tasman Trophies, Sevens, Nelson Bays, Noel Barton’s are all on the record. Our hosting of the RWC Events, First All Black Test, RSA/ ANZAC Day breakfast, Club Days, Website, Wingman, Numerous Mako, Representatives, Junior Club achievements and adding to our All Black ranks in all grades from Sevens, Under 20s and the main All Black Team.

During his time Shane has guided the club through the challenges of the professional game and the effect this has had on club rugby and, although Shane still sees this as a major issue, he leaves the club in good heart. Our balance sheet has survived the challenges of Covid, our reputation for hospitality is legendary and we are all proud to belong.

Shane has been fully supported in his endeavours by Jude Wadsworth and we thank her for all her hard work and support for the club.

In Shane's own words

I would like to indulge and personally thank certainly my biggest supporter and perhaps the most passionate person on the sidelines for the club, Judy Wadsworth who embodies the ‘You Belong’ value more than even me, I thank her dearly for her support, patience and aroha she is the real legend. 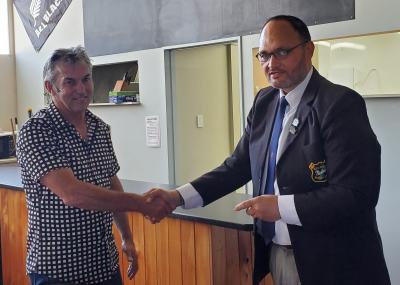 Join us in congratulating Barry Galbraith - our newest life member.

Barry and his family have contributed significantly to the club over the years and we thank Barry & Nicky for all their support.

Recognising achievement and contribution has always been a great part of being a President and the awarding of Life Membership is a recognition that holds great mana not only from a personal point of view but a club point of view. I am pleased we award one at this my final meeting.