On May 30, 1868 the Nelson Football Club was formed. This society which was to become the first Rugby Football Club in New Zealand.

The idea for such a Club was the idea of Robert Collings Tennent. This Club was to become the first Rugby Football Club in New Zealand two years later.

The Nelson Examiner, June 2, 1868 reported:
“A football club has been formed in Nelson which we hope to see prosper, as we do all sports which promote healthy exercise.”

For the next two years, members played a mixture of Association football and Melbourne Rules football (now Australian Rules Football). Then on the 12 May 1870, at the instigation of Charles Monro, they formally adopted the 1868 rules of Rugby and the new Gilbert oval ball as their preferred winter game. 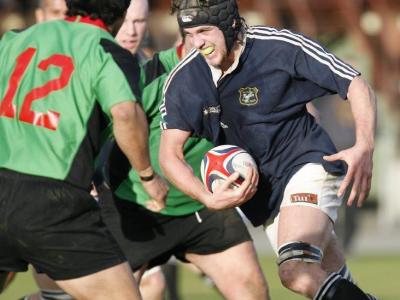