The expected event took place in the Club Hotel, Wellington, on April 16, when the New Zealand Union was born. Canterbury, Otago and Southland Unions were not present, having decided to have no part in the proceedings, but by 1895 all three had come into line and the unity of rugby in New Zealand was complete. Nelson Rugby Union was a contracting member, and Nelson club, by reason of its affiliation with Nelson Rugby Union, is thus a foundation member of the New Zealand Union.

The club had its first All Black this year; George Harper gained a place in the New Zealand side to Australia. He was one of four from the province to be called to a trial at Petone, but rough weather at sea prevented the boat that they were travelling in reaching Wellington in time and the Nelsonians were denied the opportunity of playing before the New Zealand selection panel. However, George Harper was known for his ability and was selected. One of the others invited to Petone was a second Nelson Club player, L. Sigley.

The first annual meeting of the New Zealand Union was held in Wellington on April 27, 1893. At this meeting Mr Allison moved, seconded by Mr King, that the New Zealand representative colours should be Black Jersey with Silver Fern Leaf, Black Cap with Silver Monogram, White Knickerbockers and Black Stockings. The motion was adopted and the now famous All-Black uniform came into being.

Nine members from the Club received representative honours. The Club continued with its championship successes taking the senior title for the third year in succession. The birth of the Rival Club brought added interest and competition to the local scene.

Organised rugby came to the Bays in 1894, with Takaka, Collingwood and Golden Bay Clubs being the foundation members of the Golden Bay Rugby Union, but the Nelson Rugby Union continued to accept its application as a sub union. Motueka Union was founded on March 1, 1912, by Motueka, Kia Ora and Riwaka Clubs. The Union affiliated to Nelson Union as a sub Union, and was so connected until 1919.

The New Zealand Rugby Referees Association was founded this year, and the Nelson Rugby Referees Association also came into the picture. The instigator in forming the Nelson Association was Mr W. S. Littlejohn, Principal of Nelson College, who was elected its first president. He also had the unusual distinction of being its first secretary. Nelson club, prominent as always in furthering the progress of the game, provided seven of the nine regional members in H. Sigley, W. Chisholm, R.S. Stiles, H. Nalder, S. Levien, W. P. Cooke and A. (Alf) Oldershaw.

It was custom of the association, in the early days to select players or teams who were not engaged on that particular day to control games. 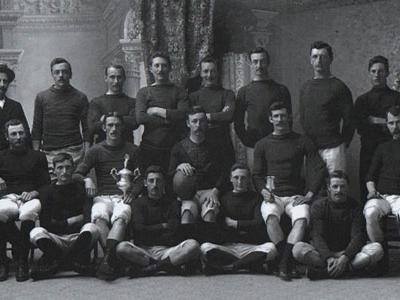