Message from The President

As New Zealand’s first official Rugby Football Club we current members have a duty to ensure we uphold the honour of the club with our behaviour and performance both on and off the field.

While the club has won many Championships and many members have represented the province, we must keep in mind that these are bonuses and do not happen as of right.

Before those Championships could happen there were several factors required to be in place, the most important one being respect. Respect to fellow members, team mates, coaches, players, officials but not least the club itself.

Respect manifests itself in many ways, the way we treat each other in good times and in bad. Examples are;

• How we train
• Non attendance at trainings
• Supporting those who regularly sit on the reserves bench.
• That we behave accordingly both in the team environment in general and off the field as role models.

These are some of the things practised by the founders of the club that made the club what it is, and gave the club the mana which we current members enjoy.

Only one team can win a championship each season and many fine players have never had the opportunity to be in a champion side, so it is important to enjoy your rugby and no one can criticise us when we know we have done the best that we can, not just on the day but through out the season.

Championship wins don’t just happen. They come about from a combination of mutual respect, pride, dedication to skills, fitness and a bit of luck. Every so often a team possesses the right ingredients to produce a champion win and when this opportunity arises it is important to take it but not at the cost of our self respect and behaviour, therefore it is important to adhere to this code of conduct as the boundaries of what is expected as members of this great club.

The Nelson Rugby Football Club is committed to promoting and strengthening the positive image of Rugby and its participants in New Zealand. In light of this commitment, the NRFC Code of Conduct seeks to establish standards of performance and behaviour to ensure that members act in a proper manner to ensure that the game is played and conducted with disciplined and sporting behaviour both on and off the field.

Introduction
The Nelson Rugby Football Club is a rugby football club committed to the ethics of:
(1) Inclusion.
(2) Fair and safe play on the field.
(3) Mutual respect and consideration.
(4) Providing a harassment-free sport environment.

The sections below provide the club’s standards of conduct expected of all its members (players, coaches, staff, and supporters), associated with each of the four principles inherent within our statement of ethics.

1. Inclusion
With the mission of our organisation being to provide a welcoming, safe environment for all participants to enjoy the sport of rugby, the, Nelson Rugby Football Club and its members will not discriminate on the grounds of ethnicity, race, nationality, or religion in any matter; nor on the grounds of sex, age or disability, except as a necessary consequence of the requirements of the sport.

3. Mutual Respect and Consideration
The Nelson Rugby Football Club is committed to providing an environment in which all individuals are treated with respect and dignity.
Members are expected to conduct themselves in a manner that reflects positively upon themselves, their team-mates, and the Nelson Rugby Football Club – whether that is with other team-mates, within the local and regional community, with other rugby teams, coaches, referees, sponsors or spectators.
Members are expected to display good sportsmanship conduct in club events, both on and off the pitch.
• Sportsperson like conduct includes showing respect and consideration in language and behaviour toward all whom are in attendance at an athletic event: officials, coaches, athletes, opponents, spectators, sponsors and the media.
• Unsportsmanlike conduct includes inappropriate behaviour in language, gesture, or action that demeans, physically intimidates, or endangers others, not just during athletic competition but also during other activities of the club or by actions that bring the NRFC into disrepute.
• Good sportsmanship conduct also implies winning with character and losing with dignity.

4. Harassment-Free Environment
Every member of the Nelson Rugby Football Club has the right to participate in a sporting environment free from harassment. The Nelson Rugby Football Club does not tolerate harassment in connection with any of its internal or external business, sport or related activities. All members are expected to conduct themselves accordingly. Harassment is defined as any behaviour fitting one or more of the following criteria:
A) Personal Harassment: Behaviour, including communication, conduct or gesture, which:
(i) Is insulting, intimidating, humiliating, hurtful, malicious, degrading, or otherwise offensive to an individual or group of individuals; and
(ii) Which would be considered by a reasonable person to create an intimidating, humiliating or uncomfortable sport-related environment
B) Sexual Harassment: Behaviour involving unwelcome sexual advances, requests for sexual favours or other communication (verbal or written) or physical conduct of a sexual nature when:
(i) Such conduct might be expected to cause unreasonable embarrassment, insecurity, discomfort, offence or humiliation to another person or group; or
(ii) Submission to such conduct is made, implicitly or explicitly, a condition of participation in a sport-related activity; or as a basis for any sport-related decision.
AND (in case of either i or ii)
(iii) Such conduct has the purpose or the effect of creating an overall intimidating, hostile, offensive, or uncomfortable environment.

Member Complaints resolution procedure
The Nelson Rugby Football Club has established procedures for members to register a complaint and to adjudicate issues related to the code of conduct. If you believe that you have a valid complaint, or feel that you should intervene on behalf of another individual; please contact a member of the Nelson Rugby Football Club Committee, who will initiate the process.

Resolution Process
The Nelson Rugby Football Club committee will take whatever action is required, up to and including disciplinary or dismissal, to prevent and correct behaviour that violates the code of conduct expected of its participants.
The Nelson Rugby Football Club will handle complaints with privacy, courtesy, and confidentially.
A breach of the code of conduct must be supplied to the NRFC committee in writing as soon as practically within ! week of the incident occurring to allow for the NRFC Committee to appoint a sub committee comprising (President, Chair), Senior Club Captain, Junior Club Captain, and co-opted members of the NRFC committee e.g. player representative) to hear or call a disciplinary meeting of all parties to resolve the complaint. The decision of the sub-committee is binding and will be communicated to all parties verbally and in writing within one week of the meetings conclusion. 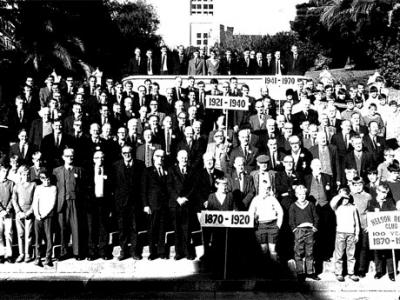