The annual general meeting was poorly attended. Mr E.S. Cresswell was elected president, with R. Gilbert as Club Captain and H. Loftus as Honorary Secretary. Finance was in such a state that the president offered to lend the club four pounds to meet current liabilities. The Club only just managed to keep its head above the troubled waters. World War I came in August. Considering the turbulent waters the club had been struggling through for the past two seasons, it seemed almost certain that it would founder. S.O.S!

The annual meeting of 1915 was held in the Stallards rooms on March 27, it was left in the hands of the committee to set a date for the opening of the season. But it was found to be impossible, with the war raging, to get enough players to field a team in any grade. The Nelson College Old Boys’ Club was in the same position, so the two Clubs got together and, by pooling the players available, kept the flags of their respective clubs flying by entering a team in the senior competition under the name of “Wakatu” (Canoe Haven), the Maori name for Nelson. This arrangement was carried on until the War ended in August, 1918.

The World War now over, it was agreed among the players to have one more season together before returning to the respective clubs, but at a meeting of the Old Boys’ Club it was decided to make the break this season. This decision left Nelson Club without sufficient players to carry on, and it seemed that the old Club has reached the end of the road.

At a dance held in the Forester’s Hall, Collingwood Street, to celebrate the end of a happy partnership between the two clubs, Bill Reed decided that the old Club must not go out of existence. He picked up an empty cigarette packed and wrote his name in it, and then approached Raymond Hunt and Ken Smith. Their names were added. By the end of the evening 11 players has been secured. In the early hours of the morning Bob Garvin was approached and joined the crusade, then Joe Nisbett and Joe Ruff – later to become the Club’s Patron – added their names and the club was dragged back from the abyss.

Bill Reed then approached Mr E. S. Cresswell, the ex-President and requested him to accept nomination as President. Mr Cresswell agreed on condition that young Bill would assist him as Associate President. This was agreed upon, and after approaching Alf Oldershaw, Mr H. Saunders and Mr R. Gilbert, prominent ex-members and administrators of pre-war days, for assistance. All was now set for the Annual general meeting. 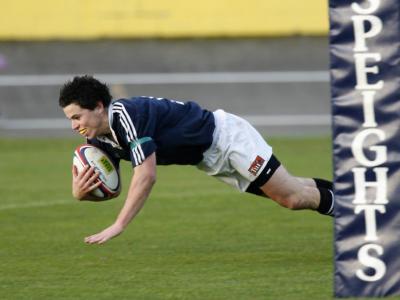