By the year 1885, considerable interest was being taken in the game of rugby in Nelson, and with the formation of additional clubs, it was considered essential that a Union should be formed to control the game. The Nelson Rugby Football Club’s annual meeting took place on April 17, with Mr Atkinson occupying the chair. Officers elected were: President, Mr C.Y. Fell; Vice President, Mr W. Black; Mr E. Jackson; Secretary, Mr F. Oldham, committee, Messrs, Atkinson, Emerson, Harkness and Walker. The meeting decided that Messrs Jackson and Walker be appointed delegates to confer with the other clubs in reference to forming a Rugby Football Union.

Thus the Union was formed on the initiative of the Nelson Rugby Football Club, just 15 years after the Nelson Club had changed to rugby rules. It was the sixth Rugby Union to be established in New Zealand.

The first organised rugby games commenced in Nelson when the Union decided to purchase a cup for competition among the affiliated clubs. The cup was purchased from a Mr Moyes, jeweller of Trafalgar Street, and a charge of 6d admission to all games was decided upon to pay the purchase price of the cup.

The first championship match was played on July 1, 1885, between Nelson and Prince Albert clubs, at the Botanical Reserve.

The report on the final match states: “Thus Nelson became the first winners of the cup” 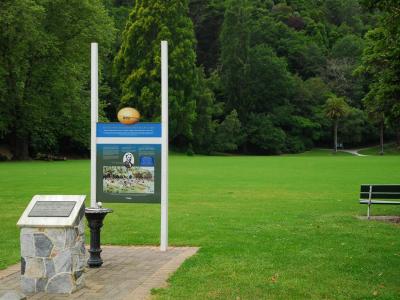