The Seddon Shield came into being in 1906, when the Marlborough, West Coast, Buller and Nelson Rugby Unions purchased this handsome trophy for competition among the four unions. The shield was named after Richard John Seddon, the West Coast miner who became one of New Zealand’s outstanding Prime Ministers. In the preliminary contests in 1906, Marlborough defeated Nelson 8-0 and Buller defeated a West Coast 9-3.

Nelson first won the shield in 1922. The quest for the shield that year started at a function held in Stallards Rooms in Hardy Street. The Nelson Club’s senior seven had won the Unions seven-a-side tournament at Trafalgar Park that afternoon, and was celebrating with a cup of good cheer at Curran’s Billiard Saloon in Bridge Street, when someone suggested that they visit the Nelson referees, who were also having a cup of good cheer at Stallards Billiards Saloon in Hardy Street.

The Nelson boys were given a right royal reception and later, much later, Mr Ted Healy, Blenheim (later to become M. P. for Marlborough) made a speech, saying that after the wonderful rugby he had seen at Trafalgar Park that afternoon he just could not understand why the Seddon Shield was not in Nelson.

The air was heavy with smoke, and the smell of good cheer, when out of the thick atmosphere came the challenge “Well, let’s get the ruddy shield”, and immediately – in fun – oa committee was elected to raise the necessary interest to go after the shield in earnest. Mr Edwards was declared the secretary. Bert Edwards remembered the incident on the following Monday and called a meeting of the good cheer committee. More citizens were headed to the committee, £400 was collected from the businessmen of the city, Clem Green of Petone was engaged as coach and the team was selected and put into Wainui House, Nile Street, for a two-week intensive coaching and training period. The team defeated Marlborough by 16 points to 3 and returned to Nelson with the shield to a tumultuous welcome by thousands of delighted Nelsonians.

The fact that the team had been in residence at Wainui house for a period of two weeks was taken up By the New Zealand Rugby Union, and a ban prohibiting teams being assembled for more than one week was introduced. During the discussion Mr Stan Dean’s referred to the Nelson team as “the boys in cotton wool over there in Nelson”. 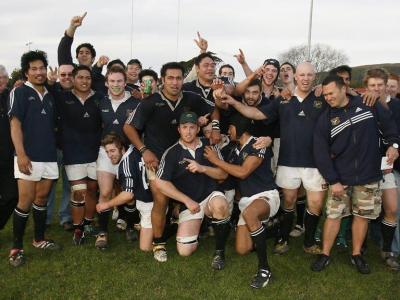