This was a notable year, with an excellent annual meeting, teams entered in all grades in the Union’s competitions, senior, junior and third grade, and the visit of the first South African side to New Zealand. One march was played at Nelson, a Combined XV represesenting Nelson, Marlborough and Golden Bay-Motueka competing with the visitors. The club had two members in the combination. W. A.Reed and E. M. Snow. Snow was also given a New Zealand trial, held to assist in the selection of the All Blacks to meet the Springboks.

The senior championship was won. The last success had been way back in 1908. Altogether it had been a most satisfying season.

The senior championship was retained, the Club again having a very strong team available. That strength was opvious when Nelson won the Seddon Shield from Marlborough and warded off three challengers.

The championship was won for the fourth successive time, and it was the second time that the Club had performed this feat. 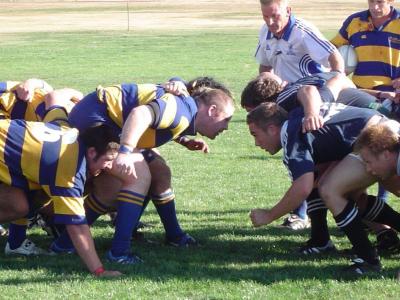