Charles John Monro, born in Nelson on April 5 1851, was responsible for the beginning of rugby in New Zealand. At the age of 16 he travelled to England to finish his schooling. Monro was a very independent and sporty boy who attended Christ College, where he played rugby for the second XV. 7 In January 1870 Monro returned to his hometown of Nelson after being told he was not strong enough to pursue his army career. He brought the game of rugby with him.

When the Nelson Rugby Football Club was established Monro suggested that the club adopt rugby under his tuition, and he taught the club members and students of Nelson College the new game of rugby. Monro played in the first game of rugby at the Botanics for the Nelson club. On a trip to Wellington in 1870, Monro picked and trained a team to play against the Nelson Rugby Football Club. This game, played on 12 May 1870 and won by the Nelson Club, was the first ever interprovincial match of club rugby in New Zealand. Shortly afterwards, on May the 12 1871 the Wellington Rugby Club was formed.

Rugby in New Zealand continued to grow considerably. By 1890 the game of rugby had been established all over the colony in New Zealand, with over 700 active clubs. The first British team to visit New Zealand to play rugby arrived in 1884. This was the start of rugby as an international sport for New Zealand. 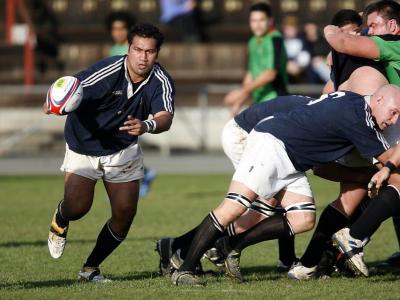 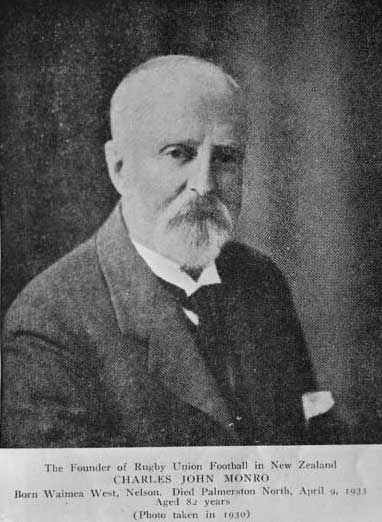