A crisis for the Club occurred in 1915-1919 during World War I. All of the club members were absent when the Club’s Annual meeting was called, as they were overseas serving their country at war. The Nelson College Old Boys were in the same position and the two clubs joined together to form the Whakatu club. This allowed the Nelson Rugby Football Club to continue, and the agreement continued during World War II.

There have been a lot of changes to the game of rugby itself, since it was first introduced to New Zealand. When it was first played in Nelson it was one point for a try and three points for a drop kick. However today a try now is worth five points and the drop kick still stands as thee points. Many other small changes have been made – for example there are 15 people on each side, instead of the captains deciding the number of players. 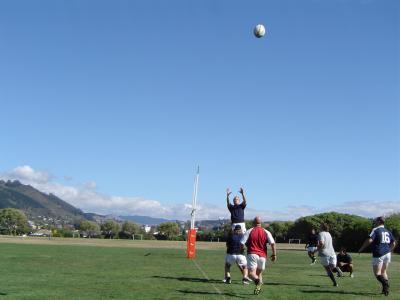